We’re beyond happy that our work late last year to help our VR client Pimax fund over $4million has picked up multiple awards at last night’s #In2Sabre awards ceremony, put on by The Holmes Report.

At the event held in New York, PR companies vied for trophies in categories ranging from innovation in PR, through to employee engagement.

Dynamo was shortlisted for four categories, and by the end of the night we had won three! We picked up awards for best Technology, best Lean Marketing, and best Crowdfunding / crowdsourcing campaigns.

If you’ve a consumer tech product you’re thinking of crowdfunding, do get in touch

Ah, CES – another January, another batch of exciting tech, another return flight with broken bodies (but thankfully, not spirits).

Some things don’t change, but often the lineup of Dynamo attendees does – this time, it was Heather and myself taking up the challenge of dazzling lights and sleepless nights.

Here’s our highlights from the show this year – sadly, getting sprayed with champagne by Lil’ John at Hakkasan didn’t quite make the cut, mostly because Heather is intent on sending him a dry cleaning bill… 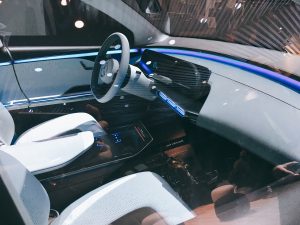 Top billing had to be, much like 2016, automotive tech. CES has, for the last couple of years, been touted to overtake industry events such the Detroit Auto Show, and 2017 was seen by many as that tipping point. NVIDIA were the stars of the show here, making waves with their partnership with Mercedes on the concept car EQ (pictured), which drew crowds thanks to its sophisticated blend of electro wizardry and aesthetics.

NVIDIA also showcased their partnership with Audi, and revealed their joint commitment to delivering a self-driving car by 2020, complete with fully integrated AI and facial recognition. With many other companies reluctant to commit to a delivery date for their concepts, this partnership boldly revealing such a close date has showed us that the true ‘cars of the future’ are much closer than previously imagined. 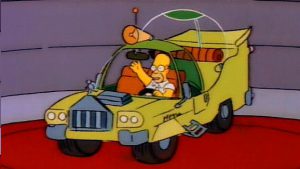 Homer, you were ahead of your time, buddy.

This year saw a much more global feel to previous shows, with 41% of companies exhibiting hailing from China. In addition, this year all Chinese companies weren’t confined to a specific section of the show floor, but rather all booths were intermingled. Also, CES 2017 saw a large influx of French companies, with around 240 hardware companies from the region showing their wares, and actually making up a third of the population of Eureka Park. The trend of growing international diversity year on year at the show is a fascinating development, and from an agency perspective, certainly creates ‘areas to watch’ in terms of innovation and exciting new businesses.

Although the LVCC played host to the household names and multi-million dollar projects, Eureka Park was, personally, the most exciting part of the show. Cool new ideas – some frivolous, some with potentially useful global impact – were in abundance, with smaller, eager teams excited to show off their game-changing concepts. The techniques each company adopted (in some or all cases) in order to stand out as the next big thing can be broken down into simple categories: 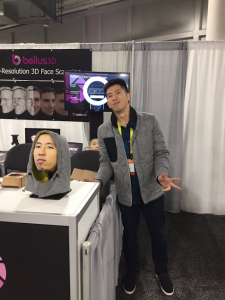 Proving that heads on spikes that can be futuristic as well as historical.

We all know about face scanning, but to see a very realistic head on a spike is both disconcerting and intriguing – especially when you realise the model it’s based on (and the creator) is there watching your reaction! He was nice enough to pose for a photo though, so I didn’t feel completely embarrassed.

So we’re already looking forward to next year’s show now, and whether we’ll be driving more underwater 4K cameras, or learning more about pyjamas that energise you while you sleep, I’m confident that whichever capacity we’ll be attending in, and whoever we’re working with, it’ll certainly be memorable (apart from the blurry evening parties bit). 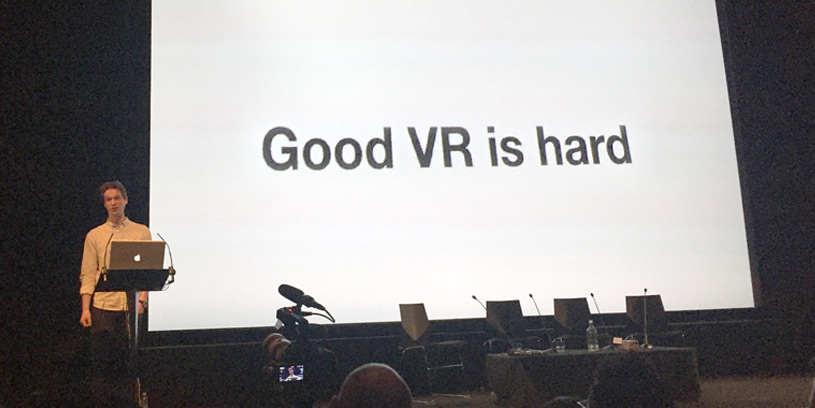