Dynamo picks up Silver at #FreshAwards 2014 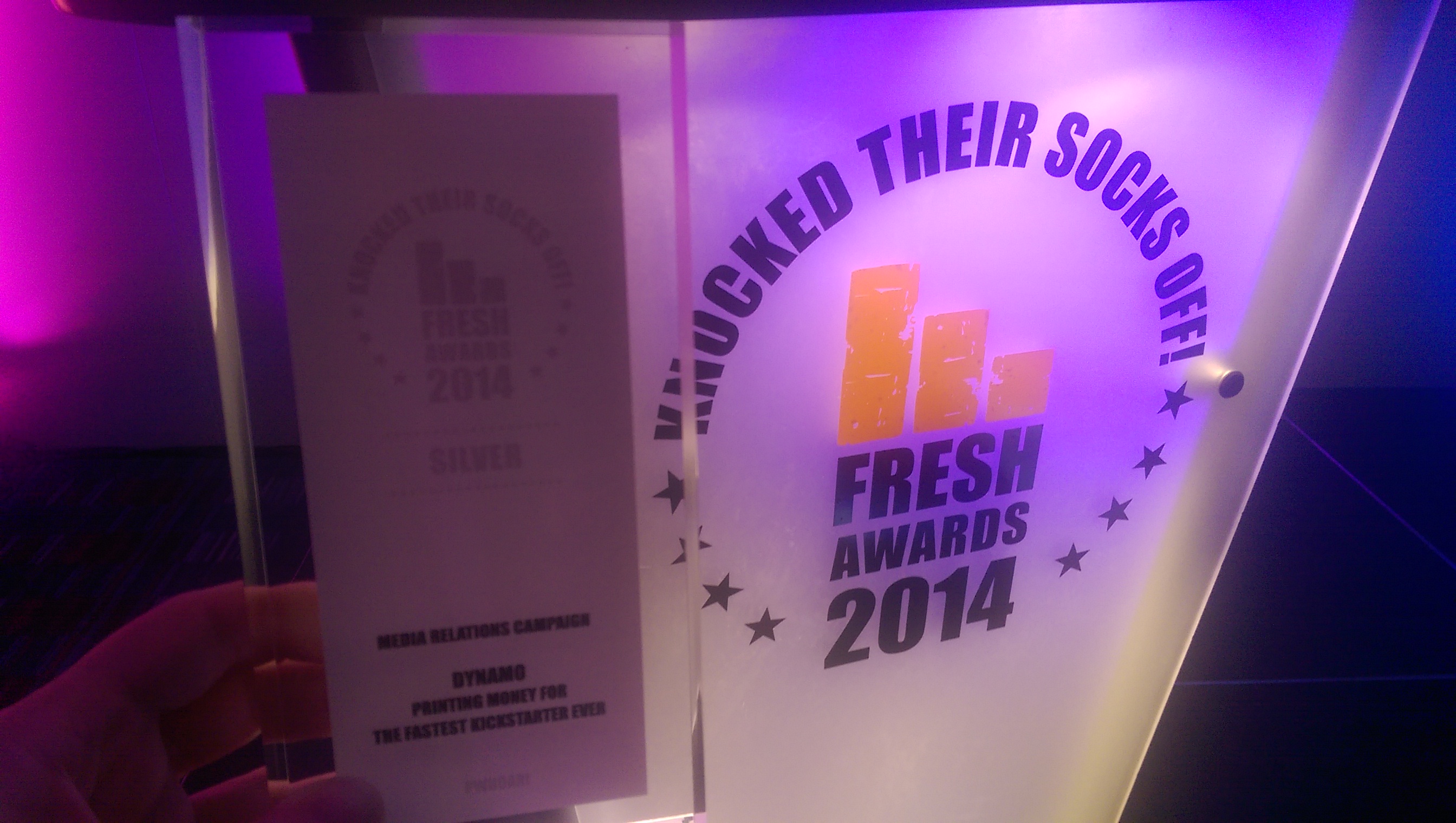 Last night at the FreshAwards, held in Manchester, saw Dynamo pick up another award for media relations for our Kickstarter and Crowdfunding PR team, this time for its work with client M3D, where we raised $3,401,641 in funding for the world’s first consumer 3D printer on Kickstarter.

Exceptional strategic thinking early on in the process enabled Dynamo to create a campaign that included all of the key elements and approaches, which reached their target audience and broke all records for crowd source funding, making a huge impact for their clients.

Fresh is an independently owned organisation and has a passion for creativity and innovation in the Creative, Communications, Digital and Media arenas in the UK and Ireland.

Established in 2003, Fresh is now regarded as an important highlight in the industry calendar, with an original approach and a policy of keeping the process of entering awards as transparent and as simple as possible.