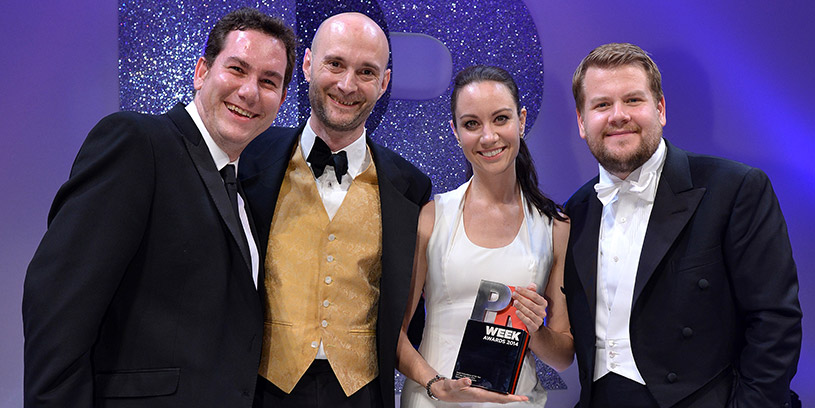 We’re delighted to have won the PRWeek Award for Best Small Consultancy of the Year 2014, announced by James Corden at a packed event held in Mayfair, London, last night.

The PRWeek Awards are widely accepted by the PR and communications sector to be the equivalent of the film industry’s ‘Oscars’ and reward absolute excellence.

It’s a great achievement and significant milestone for Dynamo, three years into business, and really is down to huge efforts from our team working closely with all of our clients around the world.

Thanks to TheCommsCo for the pic on the night