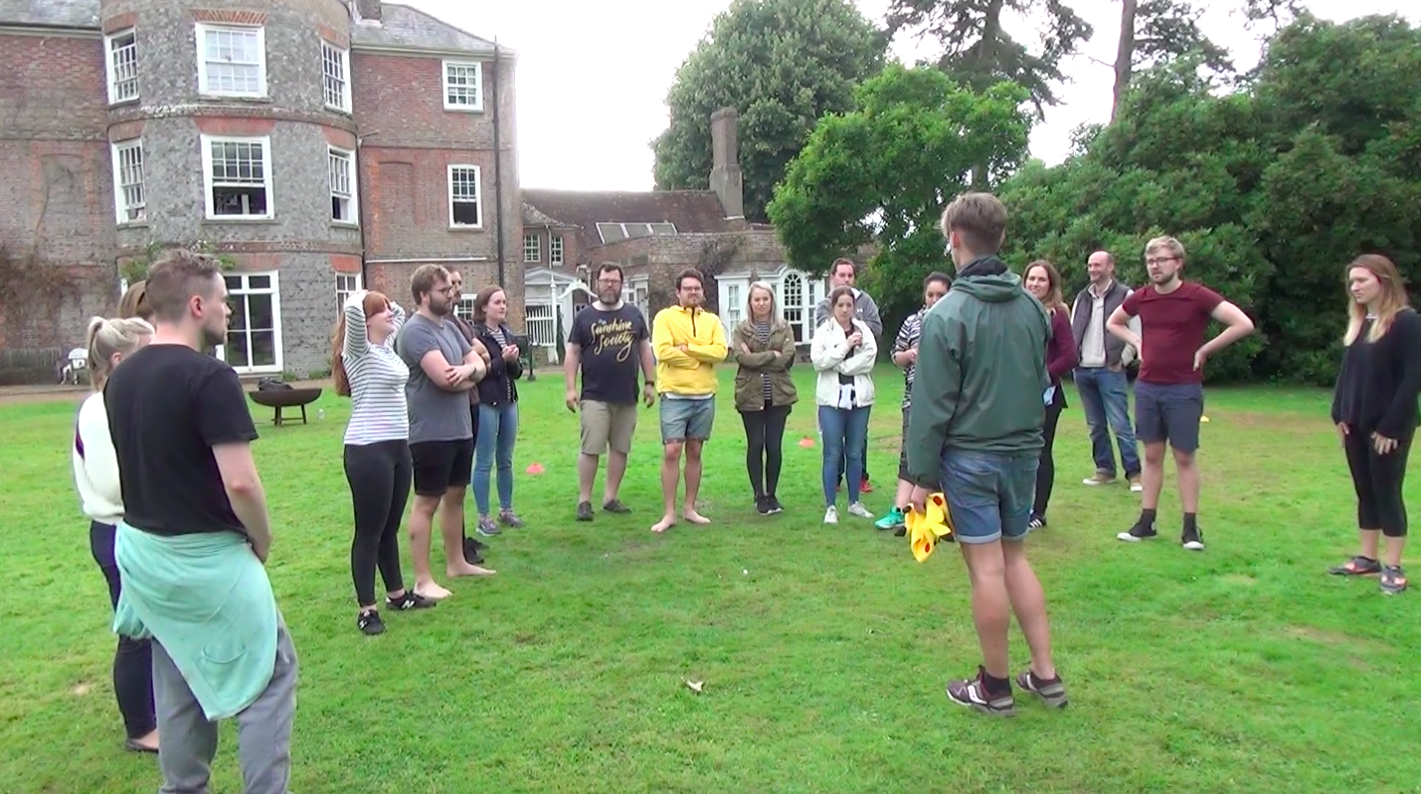 Well, we all survived. Which may seem like an odd way to begin a blog post about our recent #DynamoEscape, but the introduction to the trip begged the question whether all of us would return back to work the following Monday. How comforting.

This year it was a DIY survival adventure, but the majority of the weekend’s details were thin on the ground. All we were told was to pack our bags for camping, much to the incredulity of some staff (not all of us are happy campers, as it turns out), and that we would be split into four teams. Each team was asked to “bring something for the weekend”, where the pressure was on to deliver a physical skill activity, a mental agility task, cook Saturday’s lunch and throw a club night. Of course, there were some added surprise activities from the CEOs thrown into the mix.

Friday morning, we set off early to catch a train to Etchingham, Sussex. Arriving at the tiny station, we bundled into taxis onto our surprise activity, the treetop adventure assault course, Go Ape. Climbing, swinging and zipping from platform-to-platform definitely worked up a sweat. With some friendly cajoling, most of us (no names mentioned) faced our fears and completed the course. Special shout out to the stirrups section, which seriously caused me to have an existential crisis, with the genuine consideration of plunging to the forest floor as a markedly better option than the nightmare I was enduring in the canopy.

After monkeying around, it was time to discover our accommodation for the next two nights. We were lodging at Soul Camp in Burwash, in a couple of teepees in the grounds of a delightfully dilapidated country manor called Glebe House. It was quite the scenic location; surrounded by acres of fields, resident horses, a cat for company and an entertaining dog called Vinnie. Home sweet home!

Saturday was the day of the team’s challenges. The lunch was superb. Each staff got a personalized foodie starter and a special commendation for the true British spirit of firing up a BBQ in the pouring rain to create a build-your-own-burger station that went down a treat. Good job too, as getting physical was next on the agenda.

We all love a good tech trend here at Dynamo, and the physical activity embraced the latest mania perfectly. In the wake of PokemonGo, we played our very own version – DynaGo! Armed with a compass and map of the area, we grabbed our imaginary Pokéballs and set off through the fields on the hunt of Dynamons.

Here’s a few of creatures we found hidden in the hedgerows: 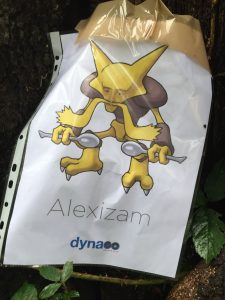 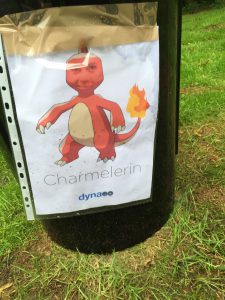 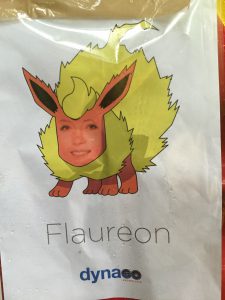 The mental agility task was a real standout of the weekend. The team set up various stages with challenges to test our cognitive prowess, all legitimately scientific of course. We had Rachael Riley grilling us on our arithmetic, focus and determination were tested on the buzz-wire game, classic problem solving through assembling IKEA furniture and how astute our senses are through blind folded taste-tests – vomit flavored jelly beans anyone? All topped off with a quiz that just may have got a little intense and rowdy, just like all good quizzes should.

Closing out the weekend was Club Dynamo. To celebrate the recent launch of our US office, it seemed apt to throw an American party. Complete with those classy party classics beer pong and flip cup. The latter of which went down so well, we’re thinking of making it the official company sport. There may or may not of been a beer funnel involved at some point in the night, but I cannot confirm.

All in all, a very successful DIY #DynamoEscape. The creativity, ingenuity and fun that went into every team’s challenges were only matched by the participants’ willingness to get stuck in and enjoy. Now just to wait and see what next year will entail.