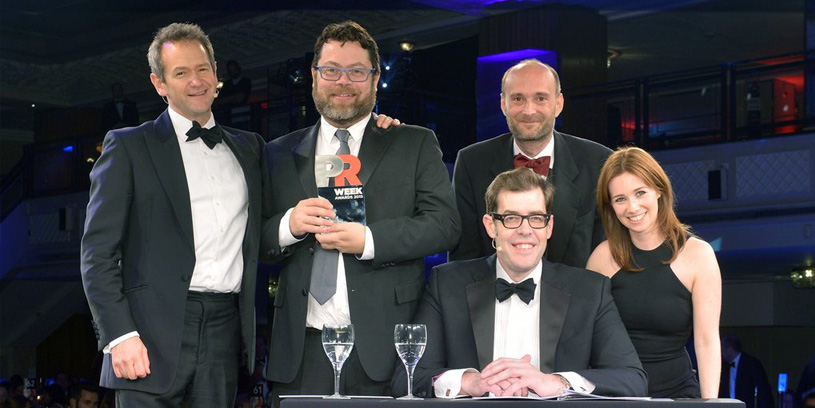 At Tuesday’s PR Week Awards we won Best Use of a Small Budget for our ‘Sweetest mistake’ campaign, for Bathrooms.com.

Having been de-indexed by Google, Bathrooms.com’s site didn’t even show up when ‘bathrooms’ was typed into the search engine.  So, how do you create a PR campaign that reaches the target audience of young couples and can turn things around with Google?

Analysing Google trends and Google Analytics data, we discovered that millions were incorrectly spelling “bathroom suites” as “bathroom sweets”.  From this insight the idea to sell a chocolate bathroom suite was born to highlight the confusion over the spelling in a quirky and unique way, launched at a media event.