Five things we learned from the Consumer Electronics Show 2015 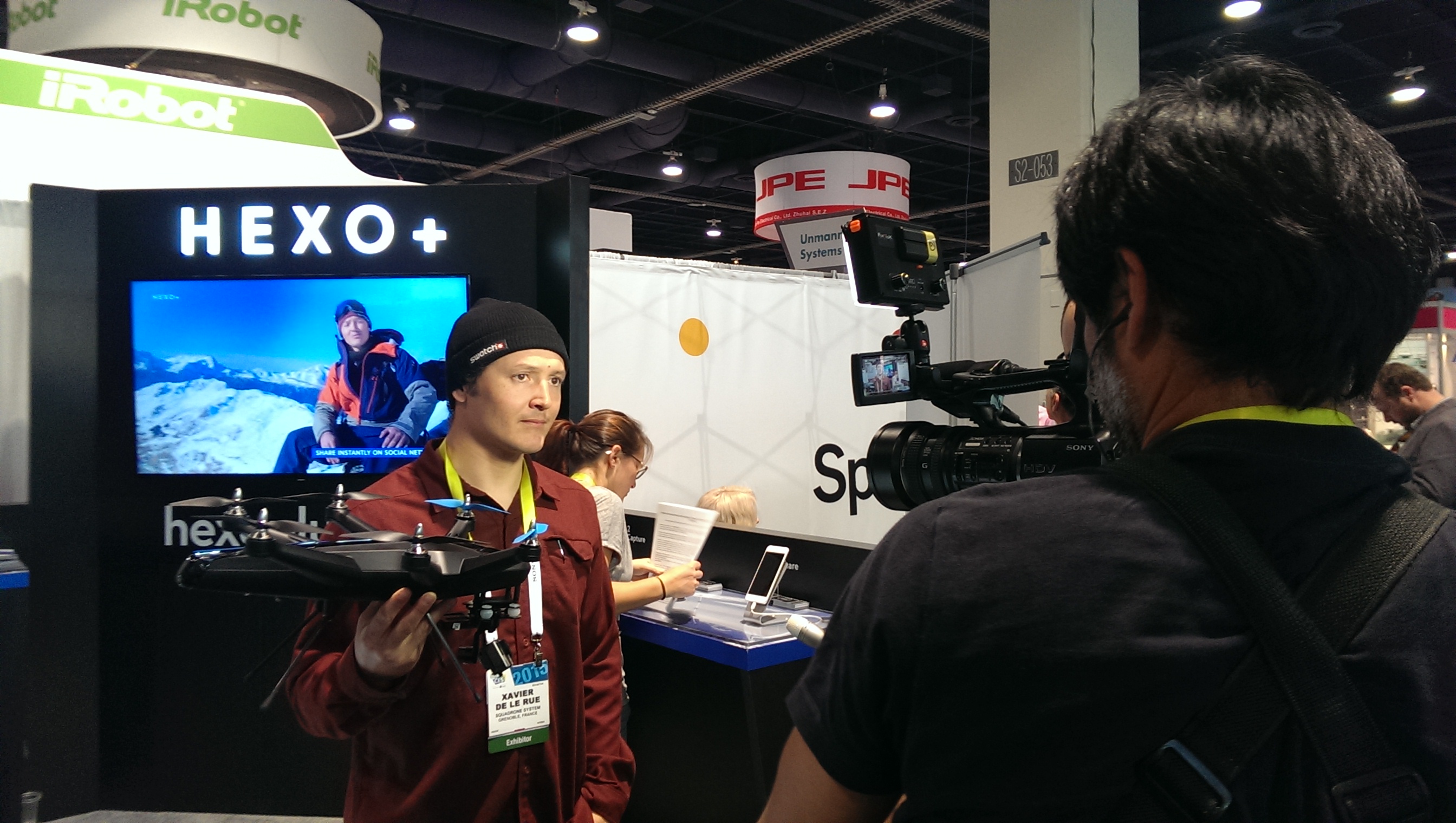 As a CES virgin, I did my research before flying out to Sin City and arrived prepared.

But Las Vegas’ Consumer Electronics Show (CES to you and I) only becomes real once you’ve queued for 20 minutes and your press pass is around your neck.

So, this is what I learned from this year’s show:

For the very first year, CES had a dedicated area for ‘Unmanned Systems’, featuring drones in every shape and size; remote-controlled, autonomous, selfie-taking – you name it, there was a drone for it. I was fortunate enough to visit the Nevada desert with our client Hexo+, the world’s first self-flying camera, which was competing with AirDog, both autonomous drones, controlled via a smartphone and Bluetooth GPS, making drone filming and flying accessible for everyone.

From crowdfunded drones, to smart inner-soles, to electric skateboards, there was a noticeable number of Kickstarter and Indiegogo stickers on company booths this year, promoting how they had launched their products, or if in prototype stage were planning to launch them. Indiegogo even manned its own stand this year, showcasing successful projects.

Traditionally the biggest stands at CES are the largest tech companies but you certainly couldn’t miss seeing something automotive technology-related at this year’s show. BMW’s i3 electric cars displayed how they can find a parking space by themselves, while Audi’s autonomous A7 roamed the streets, and Ford announced a number of smartcar initiatives.

Is Apple planning a wearable camera? Who knows, but Sony could be one step ahead with its 4K handheld action cam offering. Sony had a big celebrity win through legendary skateboarder Tony Hawk unveiling its slick-looking water/shock/freeze-proof GoPro rival, which got the media seriously talking.

Designs of many smartwatches have remained the same, however the Withings Activité Pop caught my eye, and was descried by TechCrunch as “one of the best-designed activity trackers to ever come to market”. Jaybird’s Reign is also very slick, but if you are more concerned about your pet’s health then perhaps you should invest in a FitBark, which tracks your dog’s fitness. Woof woof.

Despite some disappointment over no major announcements from the likes of Samsung, the forward-thinking innovation revealed by new start-ups on the scene and the large car manufacturers made CES 2015 a worthwhile visit, and the ultimate tech-filled start to 2015.