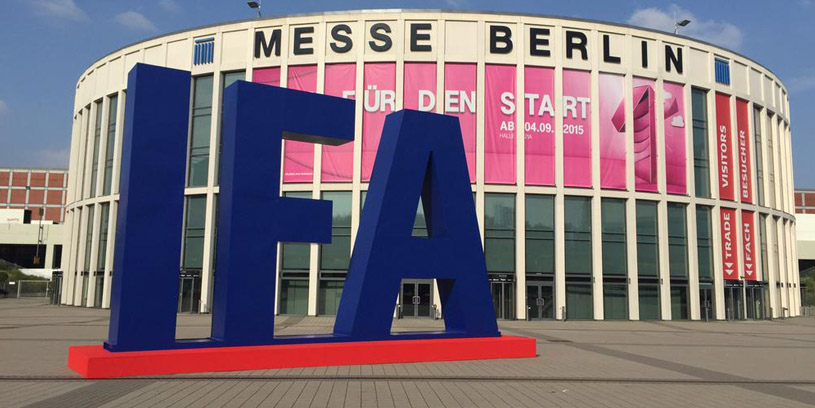 IFA sometimes feels like Groundhog Day. The beginning of September always brings with it a wave of new consumer technology product launches and clearing up rumours, which makes it a busy time for tech fans, allowing IFA, Europe’s largest consumer electronics exhibition and the smaller cousin to CES in Las Vegas, to dominate global tech news during this time.

As electronics companies wrestle to position their products in the forefront of consumers minds, here’s a quick roundup for those who didn’t quite convince their boss to book them a flight to Berlin.

Moving beyond your television, 4K is now becoming the next big thing in smartphone technology.

With Sony showing off their new line of Xperia Z5 smartphones, of which there are three, the Z5 Premium boasts an eye-watering 4K (3840×2160) screen for those times that you really want to show off your ludicrously high definition screen to friends and family. Are they waterproof you ask? Why yes, yes they are.

With exciting new smartwatches being announced from the likes of ASUS, Motorola and Huawei, the name of the game this year is having a round face and a more luxurious quality.

Samsung show a clear step forward with their seventh version of a smartwatch Samsung Gear S2. Allowing for a round display and two models, Samsung is trying to punch with the likes of Apple in the space which might prove difficult as the Apple Watch was highly prominent on the wrists of those attending.

While you were sleeping

One trend that is appearing at IFA this year is the use of technology to track your sleeping patterns by placing devices in bed with you and watching you sleep (ala the Samsung SleepSense).

SevenHugs is a good example of this new trend as they are showcasing their hugOne device that allows the entire family to monitor their nightly escapades, humidity, temperature, and air quality.  The hugOne then gives the user a clear tracking method to move users to a informative and restful nights sleep.

Who took home the prize?

While Sony dominated conversations in the Press Room with their Z5 Premium phone, it was Apple who took the prize even though they don’t have a presence at IFA, as talk of their upcoming announcement next was the topic of choice.

This might be an indicator of the what people thought of the large announcements this year, and perhaps the word “lackluster” was used in various conversations, but it seems although Apple might not attend IFA, they don’t have to in order to be news.